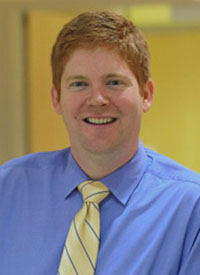 “Patients who undergo therapy with CAR T cells face several variables that can affect outcomes. Some can be modified, such as the choice of the CAR that you are using and lymphodepletion,” Kevin J. Curran, MD, of Memorial Sloan Kettering Cancer Center, said at the 2020 Transplant & Cellular Therapies Meetings. “One variable that has not been looked at are the T-cell products themselves, with recurring use of bulk collection and stimulation.”

There were 2 cohorts examined by Curran during the presentation. Cohort 1 included patients with relapse/refractory disease following allogeneic hematopoietic stem cell transplant (HCT; n = 7). Patients with relapse/refractory B-cell malignancies who were eligible for autologous HCT were included in cohort 2 and received CAR T-cell therapy consolidation after transplant (n = 3).In cohort 1, patients received conditioning chemotherapy and up to 3 cycles of treatment. Patients treated in cohort 2 received cytoreduction, autologous HCT, and up to 3 cycles of CAR T-cell therapy.In the first part of the trial, only patients with B-cell acute lymphoblastic leukemia (B-ALL) were treated. One patient who had received an allogeneic HCT experienced relapse at 18 days with B-cell non-Hodgkin lymphoma (NHL), and was treated with cells harvested from a third-party donor.“We recognized it was a lot easier to use third-party cells,” Curran said. “Whereas before we were using donor cells from the transplant donor, now we have decided to use a third-party source.”Five total patients with B-ALL were included in the analysis, with only 1 patient receiving treatment with cells from a third-party donor. Four patients with NHL and 1 patient with chronic lymphocytic leukemia (CLL) were all treated with third-party cells. Three of the patients with NHL made up the second cohort, while the rest were treated on cohort 1.Reponses in cohort 1 occurred in 57% of patients and in 100% of patients treated in cohort 2. Eighty-three percent of those treated by third-party donor cells had a response. All patients with CLL and NHL had a response compared with 40% of those with B-ALL.The response in patients with NHL was most striking, said Curran. The 3 patients who were eligible for autologous HCT, including 2 with primary mediastinal large B-cell lymphoma and 1 with diffuse large B-cell lymphoma, had PET-positive disease with a Deauville score of 4 prior to transplant.“We don’t have PET scans to show if patients had active disease before CAR T-cell therapy, but it is encouraging to observe that these patients remained disease free,” Curran said.The single patient who had relapsed Burkitt’s lymphoma 18 days after allogeneic HCT is still disease free after 4 years.All the patients with NHL or CLL remained alive and disease free at the time of analysis. Median follow-up for patients with NHL was 33.9 months. In patients with third-party donors, the median follow-up was 26.9 months.Therapy was found to be well tolerated, with 1 patient each in cohort 1 having grade 1 skin graft-versus-host disease (GVHD) and grade 1 cytokine release syndrome (CRS). One case of grade 1 GVHD as well as 1 case of pneumonitis/hypoxia was seen in cohort 2. All but one case of skin graft-GVHD occurred in patients who received third-party donation. No serious events of CRS or neurotoxicity were observed.This trial examined pediatric and adult patients with B-cell malignancies treated with EBV-CTLs to assess the tolerability and clinically active dose of the product. Investigators developed an off-the-shelf CD19-specific CAR T-cell product by transducing the 19-28z CAR into donor EBV-CTL.“We took B cells and infected them with a lab strain of EBV. Having the EBV antigen-presenting cells, we cocultured them with apheresis,” Curran explained. “What you get at the end are a coculture of EBV-specific and non-alloreactive donor cells that shouldn’t cause GVHD. We further modified the cells by using  retrovirus in a CD-19–specific CAR, [that resulted in the] CAR EBV-CTL.”HLA-compatible lines were made in the cell bank, and patients had to have at least 2/10 HLA compatibility. The design involved dose-escalation, but then shifted to a fixed-dose strategy of 3 × 106 EBV-CTL/kg over multiple infusions, said Curran.

Median range of the T-cell dose infused was 2.2 ×106. Broken out by cohort, the median T-cell dose in cohort 1 was 0.9 × 106versus 2.7 × 106 in cohort 2. The median range of CAR T-cell dose was 0.4 × 106, with corresponding medians in the 2 cohorts of 0.25 × 106 and 0.6 × 106. Most patients were able to receive more than 1 infusion.Experience with CAR T-cell therapy has been successful in pediatric and adult patients with high response rates observed. Unfortunately, that efficacy comes with a challenging toxicity profile with many patients experiencing severe CRS and neurotoxicity. An additional challenge lies with the high rate of relapse. Complex manufacturing, failure during CAR T production, and the need for bridging therapy are additional challenges that mar the current treatment landscape.Advantages of off-the-shelf CAR T cells include better logistics, with no collection and production time needed; lower costs; and better quality of T cells that are harvested from healthy donors.